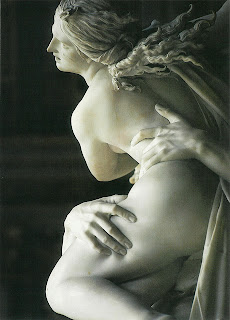 The headline reads a little odd.

The actual deed was horrendous as was the other crime mentioned in the article.

I hope the girls overcome the trauma of what ocurred.

Minor raped for 6 months in Dehli
The Times of India -

"Four men allegedly kidnapped her and took her to Ghaziabad. She was coerced into marrying one Harinder at the instance of the main accused Ramesh. The two men repeatedly raped her at the hideout. The girl finally managed to escape from their clutches on March 30. Ramesh was arrested and sent to judicial custody on the basis of the girl's statement. We have sent out teams to Ghaziabad to nab Harender," said B K Singh, additional DCP (northeast).

In another incident, a 13-year-old girl was repeatedly raped by her employer for a year in the Rajender Nagar area of central Delhi. The girl yielded after he promised to marry her. The victim's family approached the police after she became pregnant. The accused has been arrested.

According to police sources, the girl had joined the company a year ago. "Her employer is married and has children staying in the Rajender Nagar area. The police said that the girl was sent for a medical test where rape was confirmed. The police then registered a case based on the statement of the victim. The accused, in a last effort to save him, tried to say that he will divorce his wife and marry her. But we told her the victim was a minor and even her consent is not legally acceptable. The women's cell too is carrying out a separate probe in this case,'' said an investigating officer.
Posted by Sam at 8:05 AM