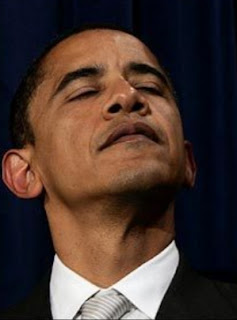 It was a pretty disingenuous speech in my humble opinion.


The Presidential Divider
Obama's toxic speech and even worse plan for deficits and debt.
The Wall Street Journal -

Did someone move the 2012 election to June 1? We ask because President Obama's extraordinary response to Paul Ryan's budget yesterday—with its blistering partisanship and multiple distortions—was the kind Presidents usually outsource to some junior lieutenant. Mr. Obama's fundamentally political document would have been unusual even for a Vice President in the fervor of a campaign.

The immediate political goal was to inoculate the White House from criticism that it is not serious about the fiscal crisis, after ignoring its own deficit commission last year and tossing off a $3.73 trillion budget in February that increased spending amid a record deficit of $1.65 trillion. Mr. Obama was chased to George Washington University yesterday because Mr. Ryan and the Republicans outflanked him on fiscal discipline and are now setting the national political agenda.

Mr. Obama did not deign to propose an alternative to rival Mr. Ryan's plan, even as he categorically rejected all its reform ideas, repeatedly vilifying them as essentially un-American. "Their vision is less about reducing the deficit than it is about changing the basic social compact in America," he said, supposedly pitting "children with autism or Down's syndrome" against "every millionaire and billionaire in our society." The President was not attempting to join the debate Mr. Ryan has started, but to close it off just as it begins and banish House GOP ideas to political Siberia.

Mr. Obama then packaged his poison in the rhetoric of bipartisanship—which "starts," he said, "by being honest about what's causing our deficit." The speech he chose to deliver was dishonest even by modern political standards.