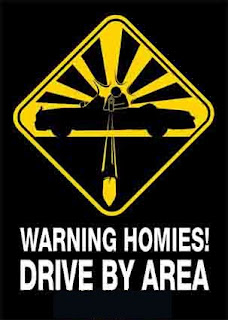 It takes several men with big cojones to shoot up a house with teen-age girls in it.

A 14-year-old girl sitting in her family's living room and a man standing outside the home were both shot Sunday night, but were expected to survive, officials said.

San Antonio Police Sgt. Ramiro Juarez said that just before 11 p.m., a dark SUV passed by the home in the 7200 block of Moss Creek and several shots were fired at the residence.

Juarez said police did not yet know how many people were inside the SUV, but it appeared that three different weapons were used. He said the man was shot in the leg, but it wasn't known if he was the intended target.