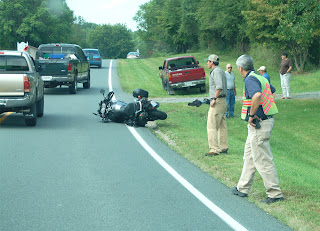 He apparently was riding south in the northbound lane of traffic and not wearing a helmet.

I'm sorry the motorcyclist was killed however, why does the story read as if it were the fault of the pick-up truck driver?

A motorcyclist died early Sunday in a crash in Comal County, according to the Texas Department of Public Safety.

Donald Allen-Novel Snider, 37, was fatally struck by a pickup on Oblate Drive near Burr Oaks Lane around 2 a.m. Sunday, a DPS operator said.

According to officials, Snider was riding a motorcycle near Startzville south in the northbound lane of Oblate Drive when he collided with the front of a 1994 Chevrolet pickup driven by Angela Grace Thetford.