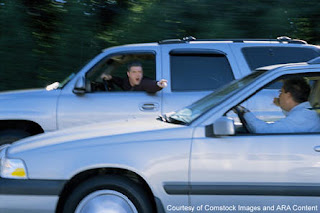 I bet he regrets it now.

Report: Felon with road rage picks on deputy
By Ty Tagami and Mike Morris
The Atlanta Journal-Constitution
A Gwinnett County felon who picked on the wrong guy during a bout of alleged road rage near Loganville was ordered held without bond at his first court appearance Friday.

Police told Channel 2 Action News that Christian Brock, 21, of Dacula, tried to run another driver off Georgia 20 around 11 p.m. Wednesday. It didn't end well for Brock. The other driver was Deputy Paul Frederick of the Gwinnett County Sheriff's Office, who was commuting to work in his own car.

The deputy told Channel 2 Action News that the driver swerved to hit him two or three times.

"I made every attempt to avoid the situation, slowing down, stopping and he still tried to run into my vehicle," Frederick said in a report by the TV station Thursday.