A different kind of car wash 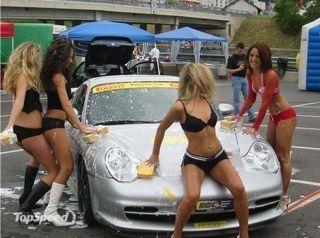 I don't know how folks come up with these fraudulent schemes and think these are "good" ways to make money.

Two men pleaded guilty Thursday for their roles in a scheme involving 800 fraudulent Texas vehicle titles that cheated lenders out of at least $3 million.

Roberto Quintero of Eagle Pass and Francisco Palacios of Laredo pleaded guilty to conspiracy to commit mail fraud. They were among 19 people targeted in “Operation Title Sweep,” an investigation by the FBI, the Texas Department of Public Safety, U.S. Postal Service, the National Insurance Crime Bureau and other agencies.

Investigators accuse the suspects in Texas, Arizona and New Jersey of participating in “title washing” — disguising the title history of distressed-loan cars, or hiding the history of salvaged vehicles and of cars and trucks that can only be legally used for parts or scrap metal, so they could be sold or traded in as regular cars.