Told ya he'd be found guilty 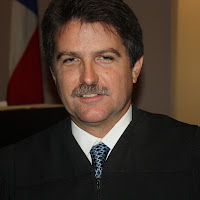 After more than nine hours of deliberation over two days and a note stating they were deadlocked 3-3, jurors returned a guilty verdict Friday in the drunken driving trial of former San Antonio Police Officer Winder Morales.

He is now set to be sentenced in about a month by County Court-at-Law No. 9 Judge Walden Shelton.

Morales, 34, resigned from the police department in January 2010, two months after he flipped an unmarked police vehicle along U.S. 90 West near South Gen. McMullen Drive. The officer had recently left an early morning barbecue with other officers when the wreck occurred at about 4 a.m., prosecutors Katie Magee and Sergio Ybarra told jurors.