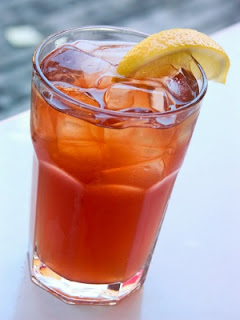 Will she get tea in jail?

GASTONIA, N.C. (AP) — Police say a woman has been sentenced to 27 days in jail for stealing a $2 glass of tea.

The Gaston Gazette reports Friday that 22-year-old Latasha Danielle Dellinger was one of two women who ordered water, then filled up their glasses with tea at a self-service drink stand in a Gastonia restaurant.

The women said they didn't like the restaurant's service and then yelled out to customers that there was a bomb in the building. Police searched the building to make sure there was no actual bomb threat, and both women were arrested.