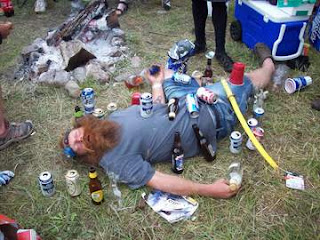 This morning the news on WOAI mentioned 96 folks were arrested this weekend for DWI.

In addition two more SAPD officers were injured in an accident with a suspected drunk driver.  Fortunately their injuries are minor.


Puro Fiesta!  When will folks wise up?


A suspected drunken driver who reportedly left his injured passenger at the scene of a crash on the West Side early Saturday remains jailed Sunday, according to San Antonio police.

Adrian Rodriguez, 34, is being held in Bexar County Jail on one count of intoxication assault and one count of failure to stop and render aid. A judge set bail at $40,000.
Police said around 3:30 a.m. Saturday, Rodriguez was apparently speeding while driving on Zarzamora Street
when he lost control near Ruiz Street. His vehicle became airborne and rolled over several times before it stopped in a ditch, police said. Rodriguez's passenger was ejected and taken to University Hospital with injuries not thought to be life-threatening. Meanwhile, Rodriguez fled the scene on foot. Police chased him and arrested him without incident around 5 a.m., according to Bexar County records.