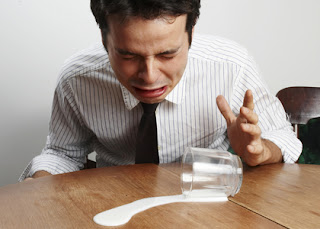 He's lucky they didn't taze him.

VALPARAISO — A 12-year-old faces two counts of resisting law enforcement for his alleged actions when he refused to clean up spilled milk in the Ben Franklin Middle School cafeteria.


A police officer was helping supervise the lunch period on Tuesday, because both the principal and assistant principal were in a meeting, and the boy got into a confrontation with a school staff member.

After refusing to wipe up the mess, according to the police report, the sixth-grader refused to sit and wait for the other students to return to class so the staff member could deal with him individually.

He then allegedly ran away — through hallways and the kitchen — when the police officer attempted to escort him to the principal’s office.

Once caught, he fought and kicked the officer in attempts to get away and eventually was put in handcuffs.

The student was released to a parent.
Posted by Sam at 2:39 PM