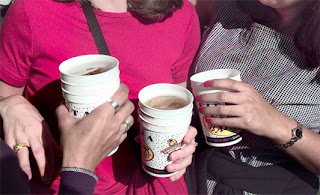 Sure, let's just keep San Antonio as the DWI capital of Texas.

Its that whole "but" part they left out.  Yeah you can refuse, it'll still happen when they get the search warrant and your refusal also means a license suspension.

Defense lawyers' ad takes issue with 'no refusal'
But insisting on warrant can have consequences.
By Michelle Mondo

A full-page ad in the San Antonio Express-News that calls “no refusal” blood alcohol tests government propaganda was purchased by two defense lawyers who said they wanted to counter misinformation being promulgated by authorities and the media about DWI laws.

The “no refusal” initiative was put in place and expanded in recent months by District Attorney Susan Reed. Her office arranges for nurses to be available to draw blood from suspected drunken drivers who refuse breath tests, including misdemeanor cases that don't involve injuries, if an officer obtains a search warrant.