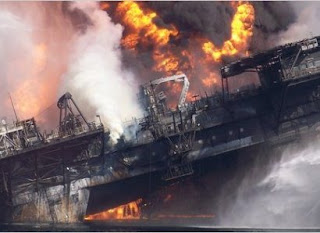 Unfortunately our President and his administration of hacks, who defy Federal Court Orders, don't agree.

More massive oil spills and other issues because these folks don't have the experience and know how to drill and produce in deep offshore areas.

Cuba to drill five new oil wells by 2013
By Carlos Batista (AFP)
HAVANA — Cuba on Tuesday announced plans to drill five deepwater oil wells in the Gulf of Mexico beginning this summer, expressing confidence that its efforts will be rewarded with major new energy finds.

"We're about to move to the drilling phase," said Manuel Marrero, an official with the government authority tasked with overseeing Cuba's oil sector.

"We're all really hopeful that we will be able to discover large reserves of oil and gas," said Marrero, who added that the ventures would be undertaken with the help of unspecified foreign companies.