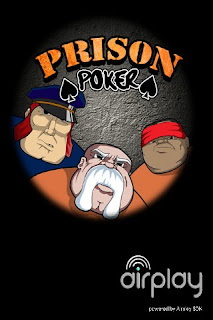 Who thought that letting him try to win at poker tournaments was a good idea to get restitution for the victims of his criminal acts?

ALBUQUERQUE, N.M. (AP) — An Albuquerque man was sentenced to prison Wednesday after he asked to repay his investment scam victims through poker tournament winnings, but failed to find luck at the card table.

"This was long overdue," said J. Dee Dennis Jr., the superintendent of the New Mexico Regulation and Licensing Department. "This individual wanted to con us into believing that keeping him out of prison would help his victims get their money back. ... We're calling his bluff. It's about time we sent him to prison."

Samuel McMaster Jr. stayed out of prison after prosecutors agreed to a request from his attorney to delay sentencing so that he could earn money to repay his victims. The former insurance agent was accused of stealing nearly $450,000 from 23 investors over several years.