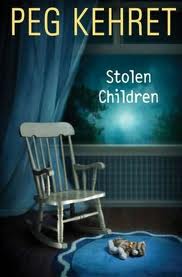 I'm glad this ended well; with the boy returned safely to his parents.

MUMBAI: The city crime branch arrested a 30-year-old maid and her husband who kidnapped a toddler from his grandparents' Nepean Sea Road flat on Thursday and reunited the boy with his parents.

According to the police, the one-and-a-half-year-old boy, Vihaan Shah, who lives in New York along with his parents, had come to Mumbai just a few days ago with his grandparents. On Thursday evening, he was last seen with the maid, Sangeeta. The maid had been working for the Shahs for the last two months.

The police then intercepted the telephone calls made by the suspect and her husband, Harisingh. They learnt that the couple planned to head to Manmad railway station around 12.30 pm on Saturday. "Our teams intercepted the couple at Manmad railway station. The child has been rescued and handed over to his parents ," said crime branch head Himanshu Roy.