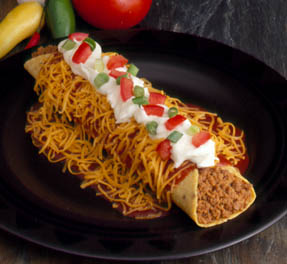 No chance for parole.

Its the whole enchilada.

Life without parole for man who killed wife and her boyfriend
He's sentenced to life in prison for 2008 crimes.
By Craig Kapitan - Express-news

It took jurors just less than three hours Friday to return a guilty verdict in the capital murder trial of Glen Denson, who was accused of shooting his wife and her boyfriend three years ago before setting them both on fire.

About 20 family members of victims Sharon Denson, 50, and Sidney Dees, 64, sat behind prosecutors as the verdict was read, passing tissues as they wept.

“I want you to know I still love you and I miss you so much,” Sharon and Glen Denson's son, Christopher, told his father during an emotional victim impact statement. “I just want all this to be over. I hurt so much.”