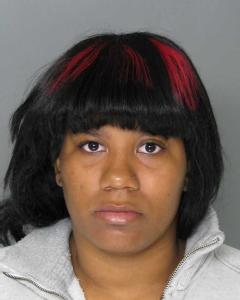 I will be in Baltimore next week to give some talks at the National District Attorney's Association Seminar on Evidence for Prosecutors.

I will not be going to any McDonald's there.

BALTIMORE -- Bail was denied Monday for the woman accused of brutally beating a transgender woman inside a Baltimore County McDonald's restaurant last week, and the woman who tried to help break up the assault is telling her side of the story.

Teonna Brown, 18, faces felony assault charges, among others, after a cellphone video was posted online last week showing her and another person beating up the victim inside the Rosedale McDonald's in the 6300 block of Kenwood Avenue.

Brown is being held in the Baltimore County Detention Center. A 14-year-old girl also faces charges, according to investigators.