There will be trouble 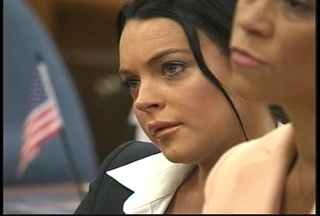 Does she even remember how to act?

This also presumes she knew how to act in the first place.


LOS - Lindsay Lohan might teach acting classes at the Los Angeles homeless shelter where she was ordered to do community service, TMZ reported Thursday.

The Los Angeles Downtown Women's Center, which looks after homeless women, runs a theater workshop and wants Lohan to share her acting talents.

A spokesperson for the center said the staff was "extremely interested in having Lindsay contribute her talents when she kicks off her 360 hours of community service this week."
The rest of the story:
Posted by Sam at 7:25 AM