Another one notched up for the Grim Reaper 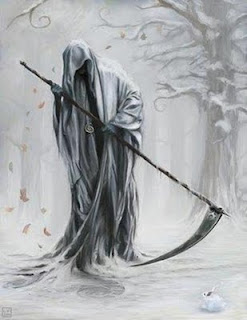 Once again it appears that there has been another death caused by DWI.

UPDATE:
Make that two notched up for the Reaper.  The other passenger died overnight and the news reports two charges of intoxication manslaughter will be brought against the driver.

One killed in overnight crash
By Guillermo X. Garcia - Express-News

Investigators were attempting to determine the circumstances of the crash, which occurred just after midnight on U.S. 281 near the Sunset Road exit.

The car in which three people were riding was going south on U.S. 281 when police said it went out of control as it attempted to pass another vehicle.