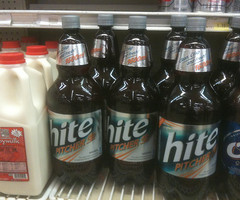 There's no excuse for this, none.

Man accused of striking stepdaughter with beer can, gallon of milk
By Eva Ruth Moravec - Express-News

San Antonio police Monday afternoon arrested a man accused of beating his 11-year-old stepdaughter after arguing with her mother on Sunday, officials said.

Eugene Bell, 34, is being held in Bexar County Jail on one count of injury to a child causing bodily injury. A judge set bail at $25,000.

An arrest warrant affidavit states Bell and his wife argued at their South Side house in the 200 block of Eads Avenue Sunday. Bell left the house, the affidavit states, and when he returned, his wife had locked him out. He forced open the door, police said, and his wife fled the house and called 9-1-1.