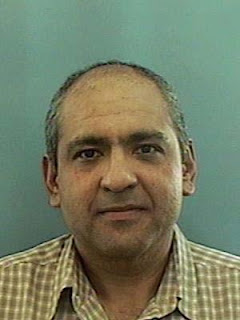 Hidden in plain sight in, of all places, a police department.

An Anchorage police officer who took on a false identity that masked his Mexican citizenship has been arrested and charged with passport fraud, federal officials said Friday.


At a news conference Friday, U.S. Attorney Karen Loeffler said that patrolman Rafael Espinoza, on the
Anchorage police force for about six years, was really Rafael Mora-Lopez, a Mexican national working in the United States illegally.
The man known as Officer Espinoza -- Mora-Lopez, in reality -- was an excellent employee, Police Chief Mark Mew said. The investigation has so far not turned up any information that Mora-Lopez was involved in any other criminal activity outside the case announced Friday, Mew said.
"His problem was he lied his way into the job," Mew said.
The rest of the story:
Posted by Sam at 8:35 AM