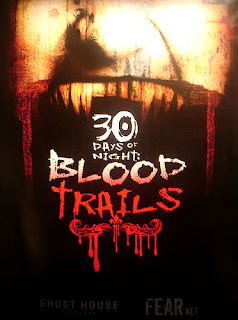 The news radio said that Police followed a blood trail to the man's apartment where he was found dead.

They then back-tracked and the blood-trail apparently led them to the suspect.

San Antonio police arrested a 15-year-old boy suspected in the fatal stabbing of a man, 59, who was found dead inside his Northeast Side apartment early Monday.

The man's throat had been slashed and police said there were more than 20 stab wounds to the torso.

Authorities did not identify the teen because he is a juvenile but Bexar County Juvenile Chief Probation Officer David Reilly and a San Antonio police spokesman confirmed he was charged with murder in connection with the slaying and was being booked into a detention facility.