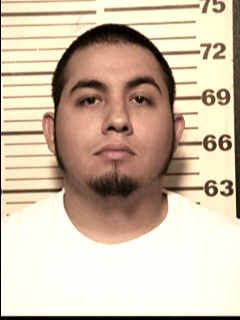 Good work in gathering the evidence!

DNA evidence left on a beer can helped San Antonio police charge a man Wednesday in the slaying of Esmeralda Herrera, 30, who had been found dead inside her burning apartment in March.

Jose Baldomero Flores III, 30, was to be booked in Bexar County Jail on one count of murder.

DNA left on a Budweiser beer can in Herrera's kitchen, along with hairs and fibers, cell phone records and a bloody shoeprint linked Flores to Herrera's death, an arrest warrant affidavit states.