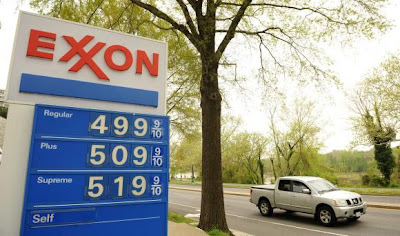 Of course they are violating a Court's Order which stayed the moratorium.


Gas prices continue to rise in Washington
Gas prices hover one tenth of a cent under five dollars per gallon at a gas station in Washington on April 19, 2011. Unrest in the Middle East and price speculation have steadily led to higher oil prices and consequently higher gas prices throughout the year so far. UPI/Roger L. Wollenberg
Posted by Sam at 8:01 AM