It was her after-school part-time job 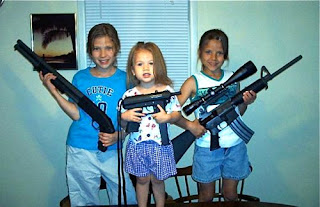 This is about 30 miles Northwest of Detroit.

Teach 'em while they're young.

A 12-year-old girl will likely be charged as an adult in an armed robbery attempt in Highland Township, officials say.

The girl was arraigned Saturday for attempted armed robbery in connection with the incident, which occurred around 10 p.m. Friday at Country Lake Market at 2150 N. Milford in Highland.

Armed with a loaded 9 mm Smith & Wesson handgun and wearing a bandana over her face, the girl confronted an employee and demanded money, according to a press release from the Oakland County Sheriff’s Office.

Despite the bandana, an employee recognized the girl. One of the three employees at the store disarmed the girl and held her until deputies from the Highland Township substation of the Oakland County Sheriff’s Office arrived.