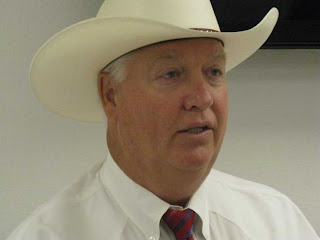 A sad ending to a career in law enforcement.


BANDERA — Bandera County Sheriff Weldon Tucker on Monday tendered his resignation, effective May 5, the same date as his next scheduled court appearance as a criminal defendant.

Tucker, charged in June with abuse of official capacity for allegedly misusing the county's rescue boat, couldn't be reached for comment Monday.

His departure had been anticipated since March 31, when prosecutors reduced the charge from a felony to a misdemeanor in what some interpreted as the first installment on a two-step plea bargain.