You're kidding me right? 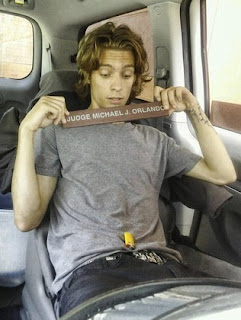 Now this guy should be locked up for Aggravated Stupidity.

FORT LAUDERDALE, Fla. (AP) — Authorities in South Florida say a man is facing charges after he was seen in a photo on Facebook holding a judge's stolen nameplate.