Quite a *ahem* ketch! 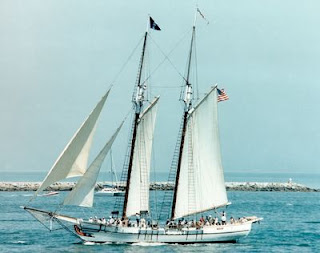 Aww jeeze, let him finish it.

NEWPORT BEACH, Calif. (AP) — A Southern California man who's been restoring a 72-foot antique ship in his yard has been ordered to move the boat.

Holland may face fines of $1,000 a day if he doesn't move it, which he tells the Times  is impossible at this stage.