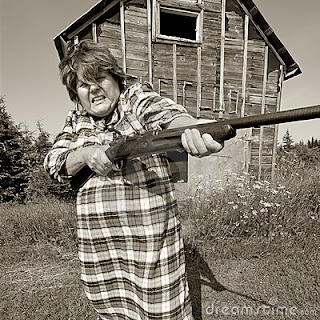 My guess is she'll get some relative peace and quiet now.

A 51-year-old woman was arrested around midnight Thursday after barricading herself inside her Donaldson Avenue apartment for nearly five hours.

San Antonio Police Captain T. Powers said several residents of the complex in the 1300 block of Donaldson reported hearing a gunshot around 7 p.m. He said a downstairs resident got frustrated with noisy "kids" upstairs and went to confront them armed with a handgun.

Powers said the woman, who is not being identified at this time, could have been slightly intoxicated and fired a single shot into the roof of the upstairs apartment before retreating back to her own.