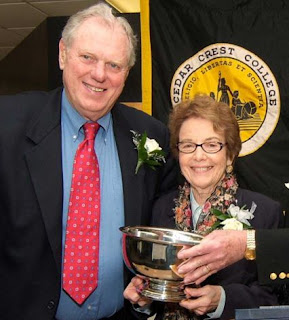 I wouldn't call it an act of deep devotion.

However, I cannot judge them or his actions.

My condolences to the family.

Man who wrote about Alzheimer's kills wife, self
Associated Press -

TREXLERTOWN, Pa. (AP) — A Pennsylvania man who had recently written in The New York Times about his love for his Alzheimer's-stricken wife killed her and himself in what their family called an act of "deep devotion."

The bodies of Charles Snelling and his wife, Adrienne, both 81, were found Thursday in their home in Trexlertown in eastern Pennsylvania.

"Our father ended our mother's life and then took his own life as well," the family said in a statement. "This is a total shock to everyone in the family, but we know he acted out of deep devotion and profound love."