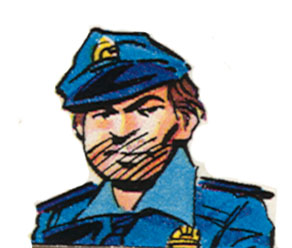 A former high-ranking guard at Dominguez State Jail once recommended for promotion to warden was found guilty by a jury Friday of roughing up an inmate, then trying to cover it up.

Major Charles R. Hamilton, 42, was No. 3 in command at the San Antonio penal facility in October 2008 when he was alleged to have slammed handcuffed inmate James Salazar into the wall of an unlit administrative office, resulting in six stitches.

Hamilton, who quit in the midst of an investigation, currently teaches a middle school criminal justice class in College Station. He took the teaching job in 2010 before charges were filed, he told jurors Thursday.