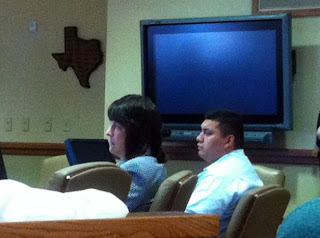 Will he be found guilty?

A high school student was barely able to speak through her sobs Tuesday as she described to Bexar County jurors in graphic detail her abduction three years ago while walking to school in Schertz and the rape that followed.

After the attack in a remote wooded area in Selma, “he told me to get on the ground on my stomach,” the student, now 17, said as testimony began for the change-of-venue retrial of Alexander Joseph Castro. “I thought he was going to kill me.”

Instead, she said, he drove away in his red pickup, leaving the then-14-year-old distraught and naked except for her shoes.