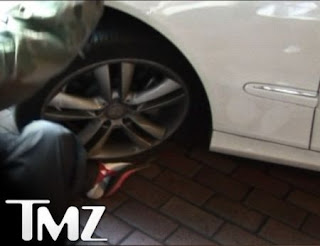 Stupid is as stupid does.

There was no call to do this.

A case of road rage led to a police officer’s foot being broken, KSAT-TV reports.

Police officers were blocking intersections downtown Sunday for the Fight to the Finish Half Marathon when one driver became enraged that he was being directed to wait till the runners passed, the station says.

“He wanted to go through the barricaded area where the officer was blocking traffic,” police Sgt. Greg Brooks told KSAT. “The driver became belligerent and argumentative with the officer.”