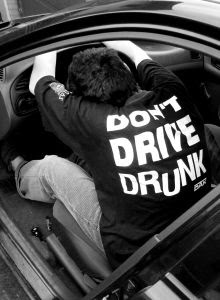 Another suspected drunk driver collides with a police car in San Antonio.

Fortunately it doesn't sound like the officer was severely injured.

San Antonio police spokesman Matt Porter said the officer was sitting inside his vehicle near the intersection of Loop 410 and Valley High Drive when the driver of a van struck his unit.

The officer received a bump to the head from the impact, Porter said.