It was thoughtful of him to leave a tip behind 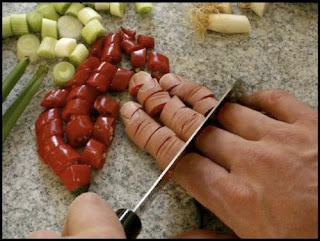 Certainly enough of a specimen for a DNA work-up.

ALBUQUERQUE, N.M. (AP) — Albuquerque police say a robbery suspect may have left a piece of his finger behind at a crime scene

KRQE-TV reports that police arrived to an Albuquerque smoke shop after a report of shots fired at a robbery.

Authorities say the suspect fled, but they believe he left behind his severed fingertip.