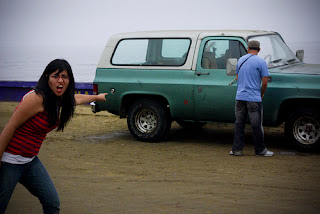 What will his defense be?

I was dissed because he pissed?

Urinating on vehicle blamed for stabbing
By Ana Ley - Express-News

A man has been arrested on suspicion of stabbing another man he suspected of urinating on his vehicle.

Police said a group of young men were outside a home in the 1000 block of West Rosewood Avenue on the North Side about 1:17 a.m. Sunday when one stepped aside to urinate.

Witnesses told police the suspect, Jim Torres, 24, aka Luis Torres, became upset because he thought Daniel Rodriguez, 21, had urinated on his vehicle parked outside. The pair began to fight, and a third man tried to intervene.