Howdy and welcome to Amarillo, Texas! 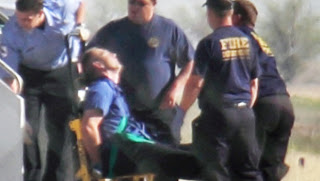 Are you royally e'ffed when the pilot on your plane goes berserk or what?


A JetBlue captain went berserk on a flight from Kennedy Airport to Las Vegas today in an incident that forced the plane to make an emergency landing, passengers and authorities said.

“Say your prayers!” the crazed pilot screamed as he ran up and down the aisle, a passenger told The Post.


“Someone next to me said he was saying something about bombs,” recounted the passenger, Tiffany Lee, a 26-year-old Las Vegas resident. The Amarillo Globe-News also quoted passengers on board saying the pilot was screaming about al Qaeda.