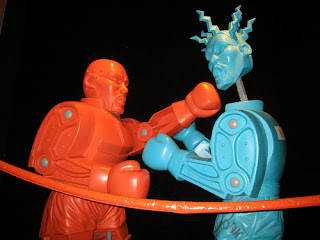 A former state representative was caught in the middle of a custody battle that reportedly turned hostile Tuesday at Comal County Courthouse.

New Braunfels attorney Carter Casteel, who formerly represented District 73 in the state House, told the New Braunfels Herald-Zeitung that she is “involved in a grandparent custodial case, and we were taking a deposition. We were proceeding with a civil matter there at the courthouse when all heck broke loose.”


The civil matter involves a paternal grandmother seeking custody of her grandson in a family law case, she said. The father in the case is Mike Reynolds, publisher and editor of the NB Citizen, an alternative publication launched late last year by opponents of the disposable container ban.