A hole in one! 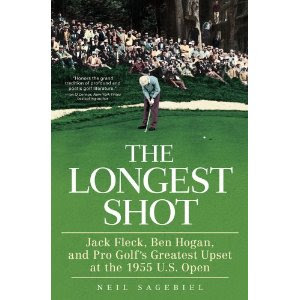 Good thing for him that the round was basically spent.

A golfer was hit in the chest by a stray bullet Sunday afternoon at Mission Del Lago municipal golf course.

Three golfers were putting on the 12th hole around 3 p.m. when they heard bullets whizzing by, said San Antonio Police Sgt. Steven Trujillo. Before they had time to react, one of them was hit, he said.

The victim, a 30-year-old man, was able to walk to the pro shop. An ambulance took him to San Antonio Military Medical Center. The bullet was protruding halfway from his chest, Trujillo said.