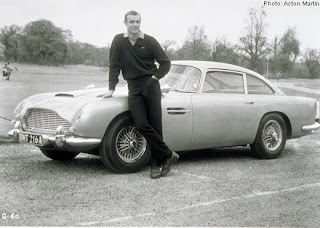 Its getting so that I am considering another blog just for DWI drivers.

And yes really, his name is Bond, James Bond.

Maybe that's why he drinks?

Police said James Bond, 40, was in the 6700 block of Ingram Road near Wurzbach Road about 1:30 a.m. when his vehicle hit a utility pole.

CPS Energy spokesman John Moreno said the impact caused an outage that affected 2,900 customers, but power was restored about an hour later. The crash caused more than $20,000 in damage.