Breaking News! Dick Cheney has had a change of heart! 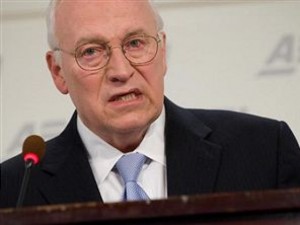 To all of you on the Left who have doubted this for years.


(Reuters) - Former Vice President Dick Cheney was recovering on Saturday after undergoing heart transplant surgery, a once risky procedure whose survival rates have improved over the years.

The 71-year-old Republican, who wielded unprecedented power as vice president during the George W. Bush administration's war on terrorism, was in the intensive care unit at Inova Fairfax Hospital in Falls Church, Virginia.

Cheney, who has suffered five heart attacks, the first at age 37, had been on the cardiac transplant list for more than 20 months before he received the heart from an anonymous donor.