The knives are coming out 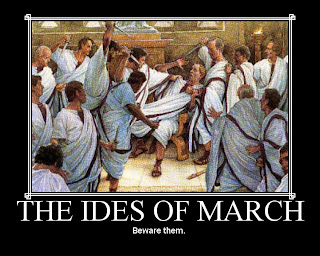 Recent problems appear to point to potential need for prosecutorial oversight of some type?

How about enforcing the rules of ethics for one?

Also it is a few bad seeds not the whole bunch.  But even if it is only one it is one too much.


As any fan of the popular television drama Law & Order can tell you, the series' prosecutors often have to rein in overzealous cops and defend the rights of the accused. On television at least, our fictional district attorneys frequently admonish their partners in law enforcement for engaging in unscrupulous investigatory tactics. Our primetime heroes don't cut corners.

If only life really imitated art! A new study by the Innocence Project has found that in at least 91 Texas criminal cases between 2004 and 2008, prosecutors themselves engaged in misconduct like hiding evidence that would have proven someone's innocence. And who polices the prosecutors? According to this research, no one. Not a single Texas prosecutor was held accountable for violating the rights of the accused.

The new data came as no surprise to University of Houston Law Center professor Robert Schuwerk, who also researched discipline cases against Texas prosecutors for not playing fair with criminal defendants. Like the Innocence Project, he came up with zilch.