Don't lose your head, the Pope is coming to visit 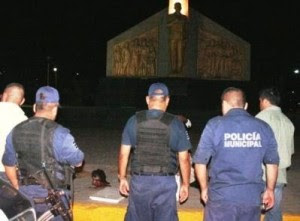 You can stop now the Pope is coming.  (See story below)

Authorities have discovered the severed heads of 10 people killed in suspected drug violence in western Mexico, a Reuters report on KSAT’s website notes.

The heads were lined up in a street outside a house in Teloloapan, a small city north of Acapulco and south of Mexico City, the report states.

The city is in an area where La Familia cartel and its offshoot, Los Caballeros Templarios are fighting for territory, Reuters states.