Left lying in the road to die like a dog 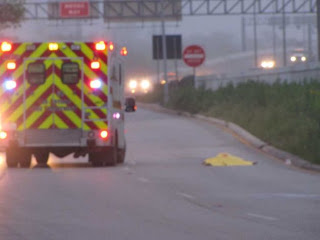 This being San Antonio I am going to go out on a limb here.

Anyone NOT believe the hit and run driver was intoxicated at the time of the collision.

I hope this person POS gets found.

A pedestrian was fatally struck by a hit-and-run vehicle early Sunday on the West Side, according to San Antonio police.
The victim, whose name has not yet been released, was reportedly killed while walking on the exit ramp from westbound U.S. 90 to Cupples Road, police said.
She was pronounced dead at the scene, which took place around 3 a.m., officials said.