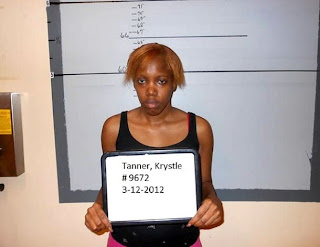 I am just happy for his mother and family that he was finally found and recovered.

Now it will take years to overcome the apparent neglect and possible abuse he suffered.

FORT WORTH, Texas (AP) — A Texas infant who vanished eight years ago will be reunited with his mother after police arrested his former baby sitter who is accused of kidnapping him, authorities said Wednesday.

Krystle Rochelle Tanner, 26, remained jailed without bond in San Augustine, about 200 miles southeast of Fort Worth. She was arrested on a kidnapping charge Monday.

The boy's mother, Auboni Champion-Morin, told Houston television station KPRC that she may be reunited with her son later this week. Authorities said she must first undergo a DNA test, even though they're sure of his identity.