The faces of DWI victims 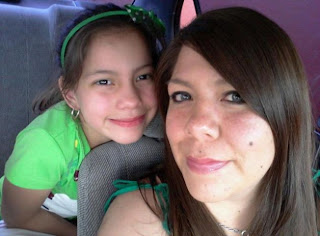 Both mother and daughter were killed by a drunk driver.

Someone who had two prior DWI convictions by the time he was 25 years old.

Was that enough to stop him form drinking and driving again?

May they Rest in Peace.

Put him away to protect us all.

After more than a year spent grieving the loss of her father, things were finally turning around for young mother Jessica Rodriguez, her friends said.

Rodriguez and her 10-year-old daughter were killed early Thursday after the car they were in was struck by a drunken-driving suspect who had twice been convicted of driving while intoxicated.

Friends said Rodriguez had just finished working when her fiancé picked her up on Losoya Street to go home.