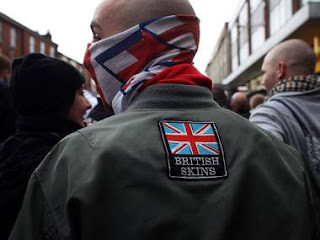 I am beginning to get worried about what this Summer will be like.

Here, there and everywhere.

Hundreds of demonstrators will confront the English Defence League tomorrow as the far-right group holds its first ever European summit in a bid to set up a Continent-wide alliance of anti-Islamic organisations.


Danish activists claimed that as many as 4,000 anti-fascist activists would make their way to the town of Aarhus, where the meeting is due to take place tomorrow afternoon, from the UK, Denmark and Germany.

Organisers said they would march one hour before an EDL rally in the town, in what they predicted would be the country’s largest anti-fascist mobilisation in 15 years.