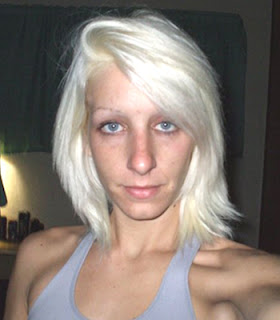 Dude's apparently tapping it, whatever.  LOL

A 22-year-old woman is jailed on a felony charge after allegedly battering her 74-year-old boyfriend yesterday afternoon during a confrontation at their Florida home.

Sierra Chaffin was busted Monday afternoon for “intentionally pushing her boyfriend whom she lives with, and her boyfriend is currently 74 years old,” according to a report prepared by a Manatee County Sheriff’s Office deputy. Charged with battery on a person over 65, Chaffin, pictured above, is currently locked up in the county jail.

Both Chaffin and her boyfriend, Marcos Beita, told deputies that they “had a physical intimate relationship and are currently residing together,” though Chaffin was moving her belongings out of their Bradenton home yesterday when the pair got into a confrontation.