Starting off on the wrong foot 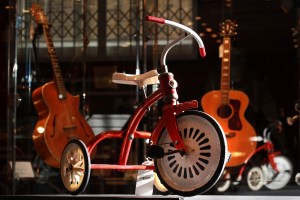 Well if he went into a garage attached to a house and stole something it is indeed a burglary of a habitation.

But at least it will be in the Juvenile Courts.

FORT WALTON BEACH, Fla. (CBS Tampa) - A 10-year-old child was arrested and charged with felony burglary after stealing a bicycle, temporarily leaving his tricycle at the scene of the crime in order to get away successfully.

According to the Fort Walton Beach Police Department, a local woman reportedly had her bicycle stolen, along with her son’s air rifle.

Responding officers found the suspect, Daryl Pitts, nearby in possession of a bicycle whose serial numbers matched those of the one he had to the one that was stolen.