What the hell were they thinking when they came up with the idea of this study? 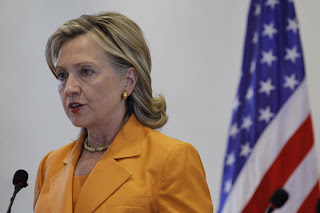 As well we should.

WASHINGTON - US scientific researchers infected hundreds of Guatemalan mental patients with sexually transmitted diseases from 1946 to 1948 - a practice that only came recently to light thanks to the work of an academic researcher.

On Friday, Secretary of State Hillary Clinton and Health and Human Services Secretary Kathleen Sebelius issued a formal apology to the Central American nation, and to Guatemalan residents of the United States.

"Although these events occurred more than 64 years ago, we are outraged that such reprehensible research could have occurred under the guise of public health," said Clinton and Sebelius in a joint statement. "We deeply regret that it happened, and we apologize to all the individuals who were affected by such abhorrent research practices.