Jehovah's Witnessess under the gun in Russia ? 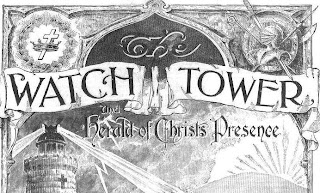 My Mom used to invite them in for coffee when I was younger.

Then she started to invite them in when she invited in the Mormon gentlemen who were on a mission.

She'd sit back and watch the always fascinating, to her, interplay.  Me?  I liked the cookies and sweet rolls she'd bake for the occasion.

Two tragic events have attracted public attention to the way the Jehovah’s Witnesses denomination operates in Russia. While members of the group allege discrimination by the government, many Russians, including religion experts, are hostile to the sect, believing it to be a totalitarian cult rather than a legitimate religious movement.

Last Sunday, a newborn died in central Moscow in the wake of a home birth gone wrong, RIA Novosti reported. Media reports claim that the mother, who was taken to hospital with severe bleeding, is a Jehovah’s Witness. It has been suggested in the press that the mother’s religious beliefs prevented her from calling for medical help in a timely manner.

Earlier this month, Interfax reported that criminal charges were brought against the mother of an 11-year old boy, Ilya, who died this August following a traffic accident. The mother, a Jehovah’s Witness, allegedly refused to allow a blood transfusion for her son.

“Based on the diagnosis, [Ilya] Orlukovich needed a blood transfusion,” Sergei Markov, a spokesman for the Investigation Committee at the Prosecutor’s Office, told Interfax. “But his mother repeatedly refused blood transfusion despite a deadly threat to the child.” The boy eventually died of blood loss, Markov added.

Jehovah’s Witnesses famously follow a religious doctrine that prohibits blood transfusion. Willing acceptance of a transfusion can result in expulsion from the sect.

Commenting on Ilya’s death, Martynov played down the issue of blood transfusion, saying that Ilya’s mother Luydmila “demanded the best and most up-to-date treatment” for her son when he was brought to the hospital, but nothing could be done to save his life.

Some experts say that Jehovah’s Witnesses are still responsible for the tragedy. “The deaths of children occurred because of the Jehovah’s Witnesses religion, which with its destructive practices forces people to refuse medical assistance in the form of blood transfusion,” Alexanxder Korelov, head of the legal committee at the Russian Association of Centres for Religion and Sect Studies, told The Moscow News.

“This is especially dangerous when it concerns children,” he went on to say. “The ‘no blood’ principle propagated by the sect is not only based on a false and distorted interpretation of Holy Scripture, but also severely contradicts existing law that guarantees each person the right to full medical assistance.”

Over the last few years Jehovah’s Witnesses have found themselves under pressure from Russian authorities. In several Russian cities, including Moscow, Taganrog and Arkhangelsk, local divisions of their organisation have been shut down by court orders on grounds of instigation of religious hatred and extremism.

Last summer the European Court of Human Rights upheld the Jehovah’s Witnesses’ complaint about the closure of their Moscow branch and ruled that a compensation of 70,000 Euros be paid. Russian authorities have appealed the verdict.

“As far as court persecution of Jehovah’s Witnesses and accusations of extremism are concerned, this, unfortunately, is beginning to look like the persecution the Witnesses faced under the Soviets,” Martynov said.

Korelov strongly disagreed. “The Jehovah’s Witnesses sect was rightly labelled an extremist organisation because in its activities – all the signs of extremism are present,” he said. “The children’s deaths are just the most blatant example of the organisation’s destructive nature.”
Posted by Sam at 7:22 AM